Get Your FREE Moving Quote

Before your Palm Beach move, it's a great idea to learn some moving terminology to communicate with the movers and know exactly what you're paying for too.

Moving may seem like a simple process, but you might be surprised at the amount of advanced terminology that's involved. If you're planning on using professional movers in Palm Beach, FL, then it can't hurt to learn some of the terminology so that you will not only be able to communicate with your movers more effectively but so that you'll know exactly what you're paying for as well. The following are some of the moving terms you should know:

These are a few of the moving terms that are helpful to know if you are planning a move. For a free moving estimate or to schedule an upcoming move, be sure to contact our movers in Palm Beach, FL at Brandon Transfer today.

Thank you! Your submission has been received!
Oops! Something went wrong while submitting the form 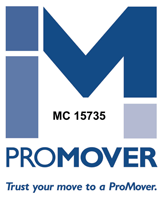